The Swamp is a large wetland that encircles the Temple, appearing in The Legend of Spyro: A New Beginning and serving as Spyro's birthplace.

These remote wetlands are home to countless water-loving life forms. Giant mushrooms tower above the swamp residents, providing shelter and hiding places for any creature that needs such. At night, or in the shadows, the underside of the mushrooms will glow a shade of purple/pink, providing light during the night.

As the purple dragon's egg floated down the Silver River and came to rest near the shore, it was discovered by a family of dragonflies, Flash and Nina. The egg soon hatched, and the baby purple dragon was eventually adopted by the dragonflies, and was named Spyro. On the same day Spyro hatched, Sparx was also born, and the two grew up together like brothers. 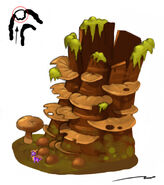 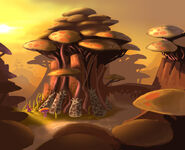 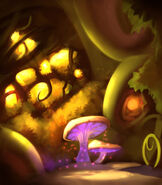 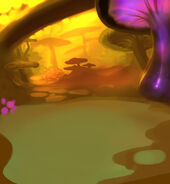 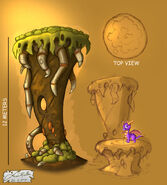 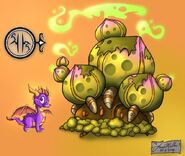 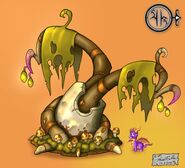 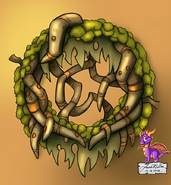 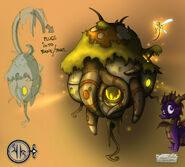 Add a photo to this gallery

Add a photo to this gallery
Retrieved from "https://the-legend-of-spyro.fandom.com/wiki/Swamp?oldid=1102"
Community content is available under CC-BY-SA unless otherwise noted.